Troy Cassar-Daley - Sing About this Country – Live at NIMA 2012 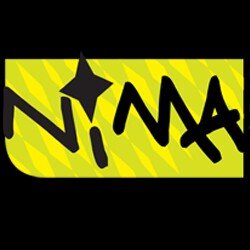 Troy Carrar-Daley recorded at the 2012 NIMAs. The National Indigenous Music Awards [NIMA] are a celebration of Indigenous music that honours contemporary and traditional artists. Since going national in 2011, NIMA has firmly placed itself at the forefront of recognising excellence in Indigenous music from across the country and has been embraced by both the national industry and the wider Indigenous community. NIMA is seen as a key platform for the recognition of talent from our leading Indigenous musicians and songwriters. The public are invited to nominate online for the most deserving acts in national categories of Artist of the Year, Album of the Year, Song of the Year, New Talent of the Year, Cover Art of the Year and Film Clip of the Year. NT artists are recognized for School Band, Traditional Music, G.R. Burarrawanga Memorial Award and Community Music Project Award. It is important that the members of the music industry and their listeners play a role in recognising artists by nominating every year in the Awards at http://nima.musicnt.com.au.


Multi-award winning and NIMA 2012 Act and Album of the Year nominee performs his hit ‘Sing About This Country’ live at the Awards. This is Troy’s salute to Australia and he’s urging us all to be proud of it and to take care of the land we live in.