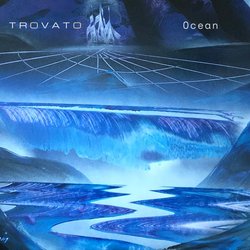 Born in Italy, raised in Australia, ‘Trovato’ is an Experimental Electronic Music Producer and Composer Influenced by Sci-Fi and Cinematic soundscapes. His sound combines atmospheric electronic elements with organic layers and electric guitars.

Described as sitting in the IDM genre, You can hear Minimal Downtempo/Electronica and Drum & Bass influences in his music.

Under other past projects, Trovato has played venues and festivals across Italy and Australia. His new live show under the name ‘Trovato’ mixes music, fashion, models and live visual art. As an accomplished percussionist, Trovato also includes live percussion along with his DJ set.

His next single ‘Ocean’ follows hot on the heels of his first two singles ‘Crash’ and ‘FM’ which received critical acclaim and radio play both locally and abroad.


With his love of Jungle and the 90s Drum & Bass movement comes Trovatos next single ‘Ocean’. The track was featured in a TV series on Discovery Channel. ‘Ocean’ combines driving beats with industrial and western sounding electric guitars inspired by Quentin Tarantino movies.