Transvaal Diamond Syndicate - How'd You Get So Low 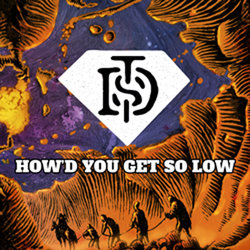 Transvaal Diamond Syndicate (TDS) are the manufacturers of some of Australia's finest Heavy Blues Rock.

In their 8 solid years near the top of the national Blues Rock touring stable they've managed to put over 300,000kms on the tour van, have dropped 5 releases, had 4 tracks featured on Triple J Radio and been amongst the most requested artists on Australian Community Radio (AMRAP) with every single release.

The band, renowned for their on-stage energy, have played most of the country's Blues and Roots festivals with appearances at Byron BluesFest, Great Southern BluesFest, Blues on Broadbeach, Australian Festival of Blues, Sydney Blues and Roots, Queenscliff Music Festival and many more.

A swag of awards and critical acclaim has come the band's way with success in the Independent Music Awards (Blues Song Category Winner), MusicOz Awards Top 5 Finalist, QMusic Highly Commended, QLD Blues Award for Song of the Year, 4ZzZ Hot 100 #1 spot and International Song Competition Finalist. Add to this regular 4 and 5 star album reviews and you can see that this is a band worthy of recognition for the positive impact they've had on bringing Australian Blues Rock to the fray.


Blues Rock veterans Transvaal Diamond Syndicate are back with new single 'How'd You Get So Low' a gesture towards the ever increasing rates of male depression and suicide in the Australian music industry, brought to light recently with the passing of band friend, frontman of Tassie Blues Rock act Guthrie.