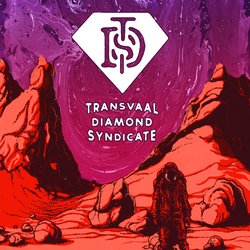 It has been a wild journey for Transvaal Diamond Syndicate since their inception back in late 2009, almost immediately garnering attention for their raw, energetic, exciting and often primeval live shows.

Since then they've gone from strength to strength, gathering fans nationally from constant touring and strong social engagement.

In 6 solid years near the top of the national Blues Rock touring stable they've managed to put over 250,000kms on the tour van, have dropped 5 releases, had 4 tracks featured on Triple J Radio and been amongst the most requested artists on Australian Community Radio.

The band, renowned for their on-stage impact, have played most of the country's Blues and Roots festivals and have picked up a swag of awards and critical acclaim along the way to make them a band worthy of recognition for the positive impact they've had on bringing Australian Blues Rock to the fray.

The band is currently touring the East Coast of Australia on a new release.


"You get but just one chance, one shot to raise the roof... Some be flat on their back and some be howling at the moon." Easily is the 3rd single release off Transvaal Diamond Syndicate's 'The Shadow' EP. With hook-laden riffs and solid guitar work it's one of their best.