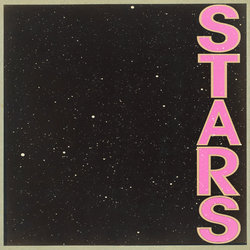 Tracy McNeil & The GoodLife deliver a shimmering style of Indie Americana, coasting a musical landscape between her Canadian roots and the heart and grit of Australia’s alt-country scene.

Picking up at full speed from where they left off with their last album 'Thieves' (winner Best Country Album, The Age Music Victoria Awards 2016), this new material continues to draw from classic rock, pop and alt country influences, whilst simultaneously broadening their sonic palette.

After sell-out album launches in Melbourne, they have embarked on national tours and appeared at many major festivals around the country including Out On the Weekend (VIC), Riverboats (VIC), Port Fairy Folk Festival (VIC), Nannup (WA), Dashville Skyline (NSW), Bigsound (QLD), Welcome To Morrisonville (QLD), as well as performing at AmericanaFest in Nashville (USA) as part of Sounds Australia.

McNeil has supported visiting international artists such as Mary Gauthier (US), Dawes (US), Tony Joe White (US), Deertick (US) and Old Crow Medicine Show (US).


'Stars' is the sparkling first new single from Tracy McNeil & The GoodLife's upcoming full length album (scheduled for release in 2019) and is a flagship for a shinier, more contemporary pop sound the band is striving for, whilst still retaining the emotional depth and intelligence fans of McNeil’s music have come to love.