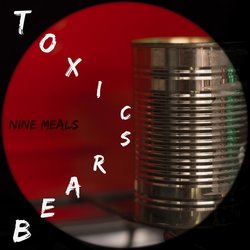 Toxic Bears are an experimental punk rock band based in Brisbane, Australia. Their music ranges from melodic hardcore to funk, jazz and Latin-infused garage rock. The band has recorded three albums and an EP.

Their latest album, Nine Meals (2019) was tracked and mixed by the band in Brisbane, and mastered by Jason Livermore at The Blasting Room in Colorado. It is the first album to feature lead singer and guitarist Rapido Bear (Mark Limb), who was the band’s videographer on its fabled journey through some of Japan’s smallest and loudest live venues in 2015, as featured in The Guardian.

Toxic Bears write, record and play ritually in their own studio. They record live together in the same room. Only vocals, percussion and some guitar leads are overdubbed.

Propped against the alcoves and vending machines of Japan's nocturnal streetscape, these men lay oblivious to the harsh daylight that awaits them for their limp home. Stolen Shoe Sprawl by Toxic Bears empathetically describes the plight of those who overindulge... it could be you or me.