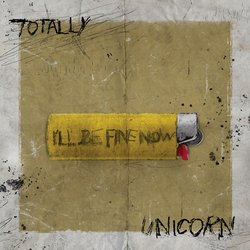 With a mashed up combination of members from HTM and fellow coastal-dwellers, 'Ohana', TU rose out of the ashes of dust and shit like a morbidly obese and terrifyingly hungover phoenix.

Eight years after forming in Wollongong – during which time Totally Unicorn have also released four EPs and two split single – the sense is of a band finally finding their direction, ready to start a new phase of their career.


"I wanted to be truthful and say what was on my mind and how I felt at that exact moment that the song was about in my life. I wanted to be honest, not trying to hide, taking the whole process as therapy - getting sadness, regrets and some relief off my chest." - Drew, Totally Unicorn