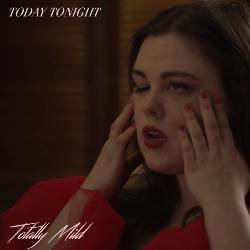 Luminous guitar pop foursome Totally Mild centre around songwriter Elizabeth Mitchell, whose voice soars and swoops in shiver-inducing ways, alongside guitar magician Zachary Schneider, drummer Dylan Young and bassist Lehmann Smith.
Totally Mild's second album, Her, will be released in February 2018 by Chapter Music.
In the last few years the band have developed a quasi-psychic intensity, surging forward or pulling back in seamless unison.
Totally Mild’s acclaimed 2015 debut Down Time was released on Bedroom Suck in Australia, Fire Records in the UK. Pitchfork called it “a shining talisman for the heartbroken.”
After its release, Totally Mild toured UK/Europe in 2015, then the US in early 2017, playing SXSW and a string of LA/NYC shows.
In Australia they have played Meredith Music Festival and shared stages with the likes of Real Estate, Kurt Vile, Best Coast, DIIV and The Chills.


Today Tonight is two and a half minutes of soaring pop bliss. Singer, Elizabeth Mitchell says “Today Tonight is quite literally me passing the days waiting for my girlfriend to come home from work... The house becomes a trap, you’re not interesting enough to leave it anyway.”