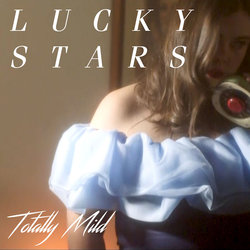 In the last few years the band have developed a quasi-psychic intensity, surging forward or pulling back in seamless unison. This intensity has been captured in crystalline form by producer and one-time Architecture In Helsinki member James Cecil on upcoming album Her.

Totally Mild’s acclaimed 2015 debut Down Time was released on Bedroom Suck in Australia, Fire Records in the UK. Pitchfork called it “a shining talisman for the heartbroken.”

After its release, Totally Mild toured UK/Europe in 2015, then the US in early 2017, playing SXSW and a string of LA/NYC shows.
In Australia they have played Meredith Music Festival and shared stages with the likes of Real Estate, Kurt Vile, Be.st Coast, DIIV and The Chills.
Chapter is excited to release Totally Mild's second album Her in February 2018.


After the elegant guitar pop of first single Today Tonight (which topped the AMRAP charts), Lucky Stars is stripped-back and strikingly beautiful. Bandleader Elizabeth Mitchell reveals "Lucky Stars is a love song to a band. It's about being thankful for the good things in an uncertain situation."