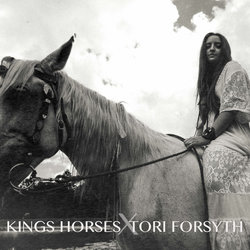 Hunter Valley based, Alternative Country Singer/Songwriter has had a huge year.

A lover of yesteryear, with a musical maturity far beyond her 21 years, Tori had no idea that working split shifts, 7 days a week to save for her debut EP would pay such dividends. For her, it’s all about the magic of creation.

Now living for and on the road, Tori travels the Country sharing her moody, intelligent, yet catchy blend of country music.
Described as being ‘A flower child picked straight out of a Woodstock festival’ and ‘Exuding a 70’s sound with pieces of each era, blended into a modern twist’, audiences far and wide have been connecting with the music, leading to Tori’s 2nd single ‘Black Bird’ becoming the Hottest Track of 2016 on the KIX Country Network.

No mean feat for a girl who spent most of her childhood working on the family farm rather than following the crowd. A trip to the USA and extensive songwriting and co-writing around Australia has helped Tori to create a collection of songs that this year, will become her highly-anticipated Debut Album, due for release early 2018 with singles hitting the airwaves and music television later this year.


I started to write Kings Horses on my 18-hour drive from Brisbane to Melbourne, to catch a flight to the USA. The song wrote itself over a totally flat out time for me. To me, Kings Horses represents the beginning of a new era.