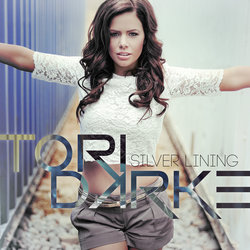 Once in a while a musician comes along whose talent is ageless and who instantly turns heads… country singer songwriter Tori Darke is one of these artists. Since she stepped into the public spectrum as a 16-year-old, Tori has been dubbed as one of the most promising young country artists on the Australian music scene. Her powerful vocals, heartbreakingly beautiful voice, passionate song writing and mesmerising on-stage presence saw her debut EP and debut album make a huge impact and her second reaping even more outstanding results.
Her new Album was produced by leading Australian Producer Andrew Cochrane who states “her new album is packed full of great hit singles”. The first single from the album was released in December, 2014, shooting straight to number one on iTunes Country Charts.
"Silver Lining" debuted at #1 on the ARIA Australian Country Album Chart and #9 on the ARIA Australian All Genres Chart.


So Gone is the 2nd single released off TORI DARKE’s "Silver Lining" with an amazing lineup of writers. PHIL BARTON, American Country Artist MALLARY HOPE and LO CASH member PRESTON BRUST. SO GONE tells the story of being caught out cheating when another women's lipstick is found on his color.