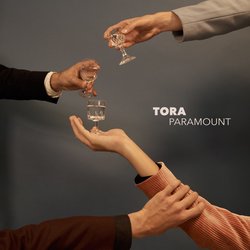 Tora toured nationally and around the UK/Europe with over 40 album tour shows and sold out sets in Melbourne, Paris and London. They supported Oh Wonder nationally and even found an adoring fan in Resident Evil and Fifth Element star Milla Jovovich.

All of this on top of previous spots at Glastonbury, Splendour in the Grass, Reeperbahn (DE), The Great Escape (UK), Best Kept Secret (NL) and over 70 more festival appearances across the globe. It's been a size-able couple of years for these four Byron Bay locals.

The track is accompanied by a catchy video clip and is the first in a while which features the band themselves. It aims to show their personalities, a glimpse into their world behind the music.