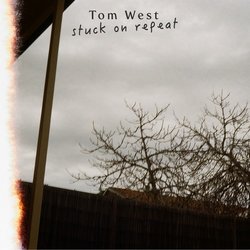 His performances are characterised by complex patterns on unconventional open tuned guitars, haunting melodies with pop sensibilities and a knack for engaging storytelling delivered via an unforgettable voice.

After touring North America extensively over the past two years, including performing at Philadelphia Folk Festival and Folk Alliance International, stopping in for a Daytrotter session and then recording his upcoming album with San Fermin's Allan Tate in Brooklyn. The release of single ‘Stuck On Repeat’ proves to be the start of an amazing upcoming year for Tom West.


A gentle exploration addressing the strong feelings of unfulfillment, helplessness and a kind of muted grief about the never-ending parade of bad news from both near and far. It feels like we’re stuck repeating this cycle and realistically powerless to change it.