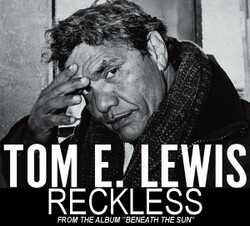 He pioneered the didjeridu in contemporary music, specialising in jazz forms, through his decade long performance career as half of Lewis & Young. The internationally acclaimed duo featured at more than 30 international festivals and events through the nineties and played every jazz and major music festival in Australia. Tom also played and recorded didjeridu for classical musicians Uli Klein, Jane Rutter, Eve Duncan and composer George Dreyfus.

New Album Beneath The Sun is out February 14.

Beneath The Sun was recorded with Skinnyfish Music (Gurrumul, Saltwater Band, Ali Mills) at Audrey Studios in Melbourne with an all-star band beginning with the legendary Ross Hannaford on guitar. Tommy knew his Daddy Cool riffs from the radio back in Ngukurr, long before they met at the Espy during those Monday night jazz sessions of the '90s.