Tom Curtain - Where The Pindan Meets The Ocean 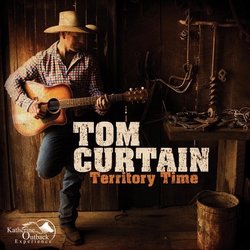 Tom discovered his passion for song-writing while working in the stock-camp of Mt Sanford Station, 500kms south of Katherine, NT. What started as some fun singing around the campfire, lead to the release of his first award-winning album ‘Smack Bang’ in 2004.

Life on the road however was taking its toll so he stepped away from the music to concentrate on his horse-training business and young family. He thought if he setup his horse-training business in Katherine, NT. This lead to the launch of ‘Katherine Outback Experience’ (KOE) in 2013, a tourist venture on his property that celebrates life on the land through real horse-starting and working dog demonstrations entwined with live music and humorous bush tales.

After a decade away from the music industry, in November 2017, Tom released his third album 'Territory Time' which debuted at No. 1 on the Australian iTunes Country Music Charts. 'Never Never Land', a duet with Luke O'Shea, went on to win two Golden Guitars at the 2018 Tamworth Country Music Awards for CMC Video Clip of the Year and Toyota Heritage Song of the Year.


‘Where The Pindan Meets The Ocean’ is a true story about a lady who owns a cattle station in the Kimberley Region of Western Australia. With two young kids, a house she built herself from mudbricks and a small herd of cattle, Janice Bell of Barnhill Station diversified her operation by building a caravan park on the red Pindan soils.