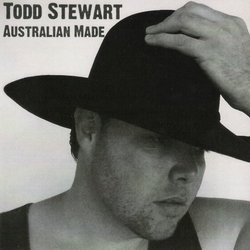 At the 2008 Gympie Muster, Todd decided it was time to put his material to the test, entering the Maton Talent Search. Todd was announced one of three grand finalists that performed on the main stage. This achievement encouraged him to enter the 30th Anniversary Toyota Star Maker in 2009, and was chosen to perform among the top ten finalists in the country

Todd strives to capture the hearts of all generations, with a style that stretches from traditional through to modern country rock. His hard work is a celebration and connection between Australian and International country music.

In May 2008, Todd decided to dedicate his whole life to his love for country music and begin his solo career. After some local performances, presenting some of his original songs, Todd entered the 2008 Maton Talent Search at the Gympie Muster. He was awarded:

In 2009 he entered and was announced one of the top ten finalists of the 30th Anniversary Toyota Star Maker Competition.

Other tracks by Todd Stewart: No Reigns  -  Give Me Water
%