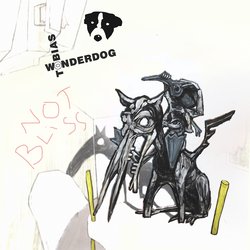 Tobias Wonderdog is the appellation of Melbourne-based singer-songwriter Mat Weaven who is no debutant to the music industry but under this new title is releasing his debut single ‘Not Bliss’ (Out October 19).

Drawing from influences such as Midnight Oil, John Frusciante, Mat Weaven has composed a compelling and timeless alt-country single.

Using his connections made in the early days of his career Weaven called in Mark Kennedy (Men at Work, Jimmy Barnes and many more) to co-produce the track and play percussion.

Boasting the experience of Kennedy’s songwriting experience alongside Weaven’s classical trumpet upbringing, touch on the acoustic guitar and alluring vocals, ‘Not Bliss’ is a number that is dynamically rich and emotionally stirring that bursts with that Australian country, light-hearted disposition.

Excited to be releasing this new single and adding something of their on to the country-rock music scene, Tobias Wonderdog have plenty more to come after this debut.


‘Not Bliss’ flows from soft and sparse verses into sparking choruses with layers of lush tones from guitars and organs held together with a steady rock beat. It all culminates into a tidy rock ballad about simplicity that lets the imagination run wild across the vast countryside and over the mountaintops.