Amrap's AirIt | Australian Music Radio Airplay Project :: Punk :: To Hell With Honour - Not Now Not Ever

To Hell With Honour - Not Now Not Ever 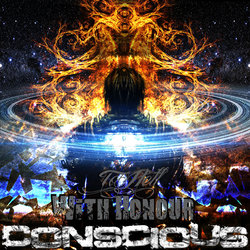 If you haven’t heard of To Hell With Honour, you are about to and their introduction isn’t going to be polite, either. Their brutality is lauded in Western Australia and they are about to give the rest of Australia a taste.

To Hell With Honour’s EP ‘Conscious’, featuring single ‘Not Now Not Ever’, is a devastating blast to the head from the Perth 5 piece. They are hitting the ground running in 2014 and making their first foray into the East Coast metal scene with a tour in February. The EP was recorded in mid-2013 and released in December.

To Hell With Honour’s time together has been short, but it’s all been with a singular purpose - to drop jaws and to bring crushing metal to the masses.

Conscious was recorded by Jay Huxtable and mixed by Matthew Templeman. To Hell With Honour launched Conscious at The Rosemount Hotel on August 1st 2013. They have smashed it up at venues such as The Civic Hotel, The Rosemount, Amplifier Bar, The Swan Basement and more.


To Hell With Honour's single 'Not Now Not Ever' is a devastatingly brutal metal track that gives no reprieve to the senses.