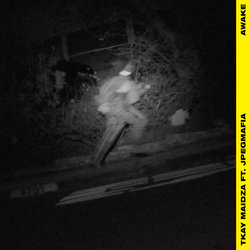 Since emerging from Adelaide in 2014, Tkay has gone on to be one of the most recognised names, faces and sounds in modern, Australian hip hop. Her early releases instantly won her a record deal and a loyal following, and over that time she’s been on a total hot streak. She’s released massive singles like ‘M.O.B.’ (which went Gold in 2017) and ‘Simulation,’ dropped the critically acclaimed debut album TKAY; been nominated for an ARIA; and has pulled together a rolodex of collaborators that features some of the biggest names out there, including Run The Jewels’ Killer Mike and French producer extraordinaire Martin Solveig.

She’s performed at every Australian festival of note, from Splendour In The Grass and Falls festival to Listen Out, as well as exclusive events like triple j’s 2018 One Night Stand. She’s also firmly established as one of the few Australian hip hop artists who has proven to be popular overseas, having won the MTV European Music Award, been nominated for a BET Award, performed at Governor’s Ball in NYC, appeared on French TV, and been part of an international advertising campaign for Mumm Champagne – alongside the world’s fastest man, Usain Bolt.


TKAY MAIDZA returns today with a hard hitting new single, once again boasting a guest appearance from international star, from Baltimore rapper JPEGMAFIA. The single finds Tkay back to her blistering best, as her and JPEGMAFIA trade verses over a slamming trap beat and synth drones that sound like a nuclear attack alarm system signalling the end of the world.