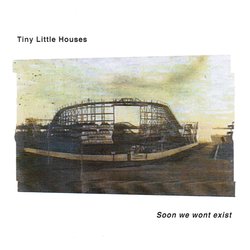 
‘Soon We Won’t Exist’ launches headlong into the task of working through challenging emotions.