Tinpan Orange - See You in the Water 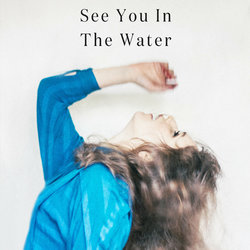 Tinpan Orange are one of Australia’s most revered lo-fi folk trios. Led by the unmistakeable voice of Emily Lubitz alongside her brother, guitarist Jesse Lubitz, and multi-instrumentalist extraordinaire Alex Burkoy, their critically acclaimed album, ‘Love is a Dog’ was nominated for The Age Music Victoria
Best Folk Album 2016. With its razor-sharp melodies and cinematic string arrangements, it was lauded ‘a strikingly assured album’ by Rolling Stone Magazine.

After touring Europe in 2016 with The Cat Empire, the band return to Germany and France in early 2017, followed by a string of Australian shows in March including appearances at Panama Festival, Yackandandah and Nannup Music Festival.


The single entices listeners instantly with an obscure, yet effective, mingling of 808-style percussion and enchanting folk chord progression. The angelic and airy vocals of Emily Lubitz grabs you by the hand and walks you through an array of soothing vocals, combined cleverly with the silky violin phrases of Burkoy.