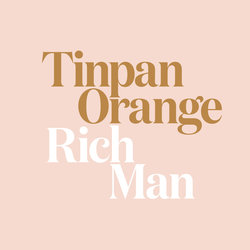 Over a year in the making, Love Is A Dog is luscious and intricate with soaring string arrangements, thoughtful, sparse guitar hooks and Emily Lubitz’s delicate, show-stopping voice. Produced by the band in collaboration with Harry James Angus (The Cat Empire, Jackson Jackson), and mixed by the renowned Adam Selzer (M.Ward, She & Him, Jolie Holland) at Type Foundry Studios in Portland, the album presents a vulnerability and a beauty that captivates and inspires. Love Is A Dog indulges in the downside of privilege - the curse of being rich, the pain of loving someone too much and the precariousness of having too much to lose.

The lead single, Rich Man inspired by a sad, over-satiated character similar to The Great Gatsby’s Tom Buchanan, and is accompanied by a simple yet intriguing video, directed by Jam Nawaz of Jam Design (Remi, Tully on Tully). The clip depicts mysterious hands thrusting fur, gold and pearls upon a wealthy housewife (played by Emily Lubitz), until the very end, where she removes all in defiance, unadorned and free. Rich Man has a dark, rambling quality, championed by Lubitz’s first ever recorded exploration of her falsetto range. National Tour April 17 - June 5.

Other tracks by Tinpan Orange: Cities of Gold  -  Hear From Me
%