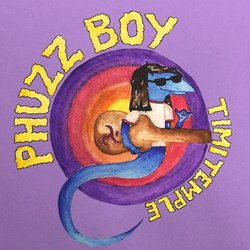 Considered prolific by many, TIMI has released a string of 9 singles in just over a year, each song providing a glimpse into the vivid cosmos within his unique looking glass.

A true purveyor of the D.I.Y. faith, TIMI TEMPLE meticulously creates every facet of the TT world. From guitar, vocals, drums and bass to production, mixing and mastering, TIMI has his hand on the steering wheel, doing everything himself.

His latest venture in DIY has been the creation of two music videos for his singles, ‘Young Man, Old Boy’ & ‘2pm For Breakfast’ both of which we’re added to MTV Australia and received widespread acclaim. This visual accompaniment to his music, serving as an alluring telescope into TIMI’s universe.

TIMI is no stranger to the stage… he’s performed at prestigious festivals such as: Splendour In The Grass (2017 & 2018), Falls Festival, Listen Out, Field Day and was a guest artist in a Triple J ‘Like A Version’

TIMI TEMPLE is absolutely delighted to announce the forth coming release of his debut EP ‘PHUZZ BOY’ on November 30th.

Other tracks by Timi Temple: Dreams As A Kid  -  Snek Boy
%