Tim Reid - Only One 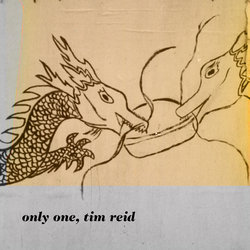 Tim Reid is a songwriter who hails from Melbourne (via Sydney and the Gold Coast), Australia. An independent artist with three record releases in his homeland, national airplay, television performances, national tours and a growing number of people discovering his music. His sound is delicate, emotive and considered, the kind of music that sneaks up and grabs you when you least expect it. Tim records his own music and plays most of the instruments. The result is the sort of rustic, folksy, pop sound born of acoustic guitars, a delicate vocal approach, much time and much care.

Tim is currently in Melbourne working on songs for his second album release due in 2012.


A catchy, summery, country-tinged pop song from Melbourne singer songwriter Tim Reid. An inviting mixture of Neil Finn and Elliott Smith, Only One explores London’s Winter with a sunny spin.