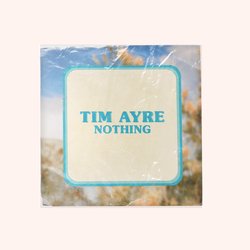 Sydney based man of many hats, Tim Ayre has another breezy treat for your ears with his new single “Nothing”.

“Nothing” follows summery single “Not Like It Should Be” and tropical pop track “LAXX” which was released to eager ears earlier this year and was described by The Line of Best Fit as “sparkling pop music which feels both intimate and surreal”.

Tim will be taking singles on his “LAXX Tour”, hitting stages in Melbourne, Perth and Sydney.

You might recall Tim as lead singer and keyboardist from Perth project Tim and Jean whose debut single “Come Around” was launched by triple j Unearthed and created a groundswell of fans in Australia, America and UK.

Influenced by The Beach Boys, The Beatles, The Flaming Lips, Stevie Wonder and Daft Punk, he channels all these and more in his own compositions. Having escaped his room to experiment in the studio, Tim crafts deeply personal, dreamy and luxurious pop, blending guitars, drums, bass and synths, all of which he plays effortlessly.

Get ready to bliss out with this track and plenty more to come from Tim Ayre’s debut EP, due for release on 15 November.


Sydney based man of many hats, Tim Ayre has another breezy treat for your ears with new single “Nothing”. The singer/songwriter/producer/multi-instrumentalist is releasing his debut EP out in November via Kitsunè Musique and this single is the next taste of what to expect. “Nothing” follows summery single “Not Like It Should Be” and tropical pop track “LAXX”.