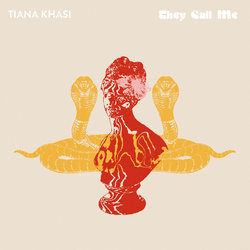 With a celestial voice that's been streamed over 3 million times thanks to acclaimed features with The Kite String Tangle, Golden Vessel and label mate Sampology, Brisbane-based artist Tiana Khasi (Kah-see) shares her debut EP, ‘MEGHALAYA’, out 29 March via Soul Has No Tempo.

The Sampology-produced debut is a rich tapestry of styles and influence, with inspiration drawing from themes of self-empowerment, family and heritage, the results of collaborating with contemporary musicians while studying jazz.

A keystone artist in her hometown fronting local jazz/hip-hop collective Astro Travellers, Tiana Khasi's voice has been praised as "elegant" (Life Without Andy), "most dope" (Audiosteez) and "as venomous as it is honey-sweet" (Happy). Tiana's unique sound is heavily influenced by her Samoan and Indian heritage, and has seen her support Jamaican-American "TrapHouseJazz" sensation Masego, Swedish soul artist Fatima and acclaimed Australian collective 30/70.


"'[I wrote this] to challenge the problematic depictions of women in history and literature, [as] a tribute to the fierce women whose rebellion, fire and strength inspires me, especially my Tinā ole Tinā (Nana). [This is] an anthem for all women to abandon shame, reclaim and redefine the names they've been given; and be the authors of their own story"