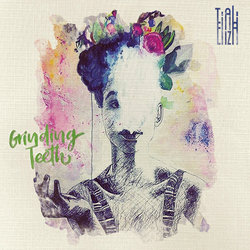 “Pouring the sh*t out of my soul via music”

Tiali Eliza is singer-songwriter and band from Central Coast, NSW. With raw, resonant lyrics, she accompanies soulful yet versatile vocals with grungy guitar tones and a funky band.

Tiali has a sultry alternative rock sound with a hint of soul and blues, created by combining an eclectic mix of jazz chords, catchy riffs and the odd screech.

Listeners have described her music as “alluring”, “powerful” and “too big for it’s own boots”.

Her sound has been compared to that of Cat Power, Mazzy Star, and Jeff Buckley, with a few of her influences being Portishead, Radiohead, Jewel and Pixies.

Playing as a solo artist for most of her life, Tiali has now expanded her music by incorporating a live band into her shows. Her songwriting comes mostly from experiences of her own and those around her, using it as a tool for emotional release. The artist also expresses her views on society, culture, and the issues that surround it.