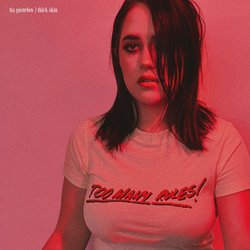 Having just been announced for the national run of Falls Festival and being mere weeks from the release of her debut album Thick Skin, Tia Gostelow is releasing the fifth single from the album that just keeps giving with "Phone Me".

After erupting into the spotlight at 16, Tia Gostelow can not be stopped. Recently opening as support for Ball Park Music & San Cisco at Brisbane's Riverstage, handpicked to tour with The Rubens and feature on their latest single "Never Ever", then she dropped into the Triple J studio's to cover Empire Of The Sun's "We Are The People" on Like A Version.

To cap off her already colossal 2018, she's announced the release of her debut album Thick Skin on September 21st


You can seriously take whatever you want from the song but I feel like it could most definitely be about being a young teenager and just having fun and not having a care in the world.