Thundamentals - Move It Up 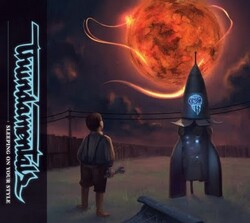 Like the rugged nature of their homestead, Blue Mountains’ 4-man crew Thundamentals are built tough from the peaks and valleys of traditional funk, soul, and Latin-based music. With the success of their debut EP providing them with a platform for critical and commercial reception, Thundamentals return from a fresh palette with Sleeping On Your Style, the debut 15-song full length produced entirely in-house by the group.

Having come together during their formative years, Thundamentals nurtured their talents from the organic and accommodating nature of the NSW Blue Mountains hip-hop scene before releasing their debut EP in 2008.

As individuals, they’ve done their apprenticeships; with Tuka fronting a Sydney-based reggae/hip-hop outfit which also featured fellow Thundamental Jeswon on a few tracks, while Tommy Fiasko and DJ Morgs cut their teeth with their own productions, including Fiasko’s work with Dr Octagon and Arrested Development. Together, Thundamentals are bringing their distinct influences and talents to form one of the most exciting, young talents to dawn on Australian hip-hop.

Unbound musically, their passion for the tune and their grounded approach is everything Australian hip hop strives to be.


Positivity, self-belief and determination. This tune's contagious vibe, coupled with its expertly crafted wordplay, create an energy that cannot be denied. A live favourite with crowds Australia-wide, Move It Up has already cemented Thundamentals' second album as a work of great maturity.

Other tracks by Thundamentals: The Mash  -  My Lady (ft. Ray Mann)
%