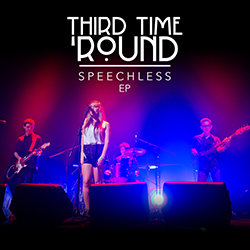 With high energy guitar playing, driving bass, powerful drums, and soulful vocals, Third Time ‘Round is a band to take notice of. With a combination of originals and re-worked covers this young Blues/Rock band is made up of siblings James and Rory Shepherd and Regan Dale and Leni Campbell-Clause. This band is truly bringing the blues to the next generation.

In early 2015, TTR were chosen to represent Australia’s youth in the International Blues Challenge Youth Showcase in Memphis, Tennessee, where they played alongside the best blues musicians the world has to offer, on the legendary Beale St. TTR has consistently been judged to be an outstanding example of a band with great musicianship, style and performing ability. These rare qualities, especially in young blues bands, has earned the group the Emerging Artist Award at the 2015 Nannup Music Festival, 1st place in the Sound Overload Battle of the Bands competition in Perth and the Shift Youth Arts festival Bunbury Battle of the Bands.

Their music, influenced by legends such as Stevie Ray, Hendrix, Bonamassa, Clapton and Zeppelin to name only a few, is a blend of vintage and modern blues styles - a perfect mix for today’s audiences.


Speechless is an classic twelve-bar-blues, with a modern twist. With a passionate vocal delivery, lyrical guitar lines and exquisite execution, Speechless hits listeners like a ton-of-bricks. The song, inspired by such legends of the blues genre as Stevie Ray and Howlin' Wolf, climaxes with a sizzling Clapton-esque solo.