Third Hour - Take Me Down Easy 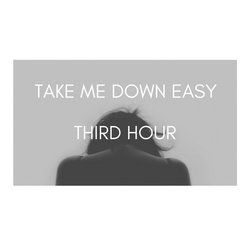 Third Hour are Michael Abrahamian, Matt Farrow and brothers Jarrod & Lawson Reedie. They formed at their local High School in 2014 and set about playing shows around the Sydney area. When they're not playing to the public, they're juggling rehearsals, studio time, social media management and their own day to day activities. Take Me Down Easy, the next single from TH, is a funky vibed driving rocker laced with the wails of the guitar solo and vocals, leaving no time in between to catch a breath. The Take Me Down Easy Mini-Tour will take TH up and down the highways of the east coast of Sydney, slowly injecting itself into the music scene of not only New South Wales, but eventually, Australia. The hour is upon you!


From the first vocal wail, to the final chord stroke, Take Me Down Easy continually ebbs and floes, continually dragging the listener around. The screaming guitar solo, driving rhythm section and harsh vocals that create a sound like no other, hoping that you, will be taken down easy.

Other tracks by Third Hour: Back To The Action  -  Revenge
%