These Wild Animals - Lay Down Bonnie 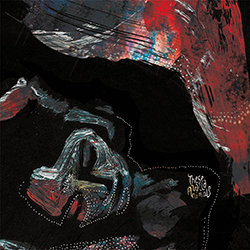 After slowly building their repertoire of songs and fine-tuning their craft over the last four years, These Wild Animals released their debut EP ‘Ecstasy’ in May 2014 to a sell-out crowd at The Promethean in Adelaide before taking the EP to the famous Esplanade Hotel in Melbourne.

'Ecstasy' exposes the band's rock influences, featuring an array of riffs and mood changes and doesn't shy away from breaking modern trends, flaunting several sizable guitar solos. Few of their songs are under the radio prescribed 5 minutes in length and those that attend a These Wild Animals show are rarely seen dancing or moshing. Rather they tend to simply stand and watch These Wild Animals deliver their live interpretation of their studio tracks.

Following on from their debut EP, the Adelaide based three piece released their next EP ‘Enstasy’ on Saturday 13th of December 2014 at Jive. ‘Enstasy’ is the second installment of two related but opposing concepts, exploring the different sounds within the band. It features their more acoustic style tracks contrasted with the heavier, hard hitting songs from their first EP ‘Ecstasy’.


Lay Down Bonnie is an acoustic track that builds from the very beginning with added layers of instruments and vocals transforming the song into an experimental, acoustic rock ballad. It's about feeling trapped and lost and the need to escape.

Other tracks by These Wild Animals: Hello Again My Sad Friend  -  Willy Rose
%