These New South Whales - It’s Its Own Heart 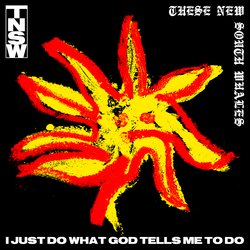 Season One of their Comedy Central mockumentary series ‘These New South Whales’ saw the band chart the peaks and troughs of life as a band starting out in the punk underground. From touring to bandmate drama to subpar managers, music industry hubbub and everything in between, These New South Whales (the series) quickly became a kind of Spinal Tap for that one hyper-local band we all know, birthing a cult following all of its own. Written by the band themselves, and executive produced by Laura Waters (Lunatics, Summer Heights High), Roger O’Donnell of The Cure and Jeffrey Walker (Modern Family), Season Two was bigger, better and unforgivably hilarious. With Season Three currently in the works plus the release of their second album, These New South Whales won’t be leaving the public consciousness anytime soon.


Produced by Jonathan Boulet of Party Dozen and ARSE, I Just Do What God Tells Me To Do is an unrelentingly catchy second outing from the group, swapping the darker palette of their debut for a sunnier sound with distorted but bright, clangy guitars and driving rhythms – a combination that’s more indebted to their post punk influences than ever.

Other tracks by These New South Whales: Do U Connect?  -  I Just Do What God Tells Me To Do
%