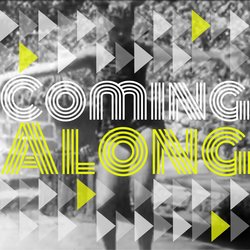 The Woodland Hunters are a guitar band from Melbourne, Australia. Two members also play in flower punk outfit The Sand Pebbles. They have released an EP So Far to Travel, So Far to Go in 2015, their debut album Let's Fall Apart in 2017 and launched The Thoughts of Chairman Jim in early 2019.

Having squirrelled themselves away in their favourite studio Yikesville with producer Shane O'Mara for a few months late last year, they’re ready to wet the head of this baby decade with some new music.

The first track from the Woodland Hunters’ forthcoming album, titled Pale Horse, is a thumping beat-driven celebration of people power called ‘Coming Along’. The Bands talented buddy Adam White has produced a ripper video for the track, featuring a lithe feline dancer, some mad gypsy rambolling and an inspired Vincente Minnelli-style dream sequence.


‘Coming Along’ is the first track off the forthcoming Woodland Hunters album Pale Horse. It’s a bit punky, a bit snarky, and more than a little fun. A staccato, fuzzed up and somewhat angular pop riff rides atop a brutal thumping beat and a hyperactive disco bassline. Lyrically it’s a ‘hell yeah’ to anyone trying to push things along.