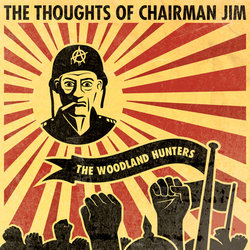 The Thoughts of Chairman Jim is the new album from Melbourne’s The Woodland Hunters. The album was recorded over several months in 2018 at Yikesville, with Shane O’Mara producing. The tracks cover a diverse territory of sounds and themes, but all rooted in the band’s love of guitars, organic sounds and fuzz boxes. We mostly just followed the songs down whatever rabbit hole they chose, and enjoyed the ride. In fact, recording this album was the most fun we’ve ever had in a studio.

3MDR’s Sebastian Gerber says of Chairman Jim: ‘The Woodland Hunters have just quietly made the album of the year. With dense layers of sound and world-class musicianship immaculately produced by Shane O’Mara, the band turns on a dime around twists of psych, blues, twang and gritty rock’n’roll riffage without missing a beat…’


Dedicated to working families everywhere, and a musical middle finger to the corporations, banks and politicians who screw them over every time.

Other tracks by The Woodland Hunters: When you gonna slow down?  -  Mistreated
%