The Water Runners - Point of No Return 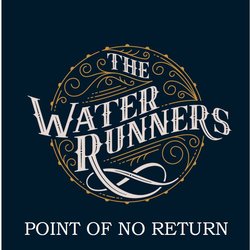 They have supported numerous acts including the USA's Chris Henry and the Hardcore Grass and Scotland's The Elephant Sessions. The Water Runners regularly play at Sydney venues such as The Gasoline Pony, Lazy Bones, The Manly Fig, The Newsagency and Upstairs at Yullis and recently performed for Lindsay McDougall on ABC Illawarra Drive program.

They will perform for the first time at Tamworth Country Music Festival in 2020.

Their EP, Too Young to Be This Old, was released in 2016 and their first album, Heading South, was released early 2017. In 2019, they released their second studio album, Point of No Return, recorded and produced by Australian country and bluegrass legend, John Kane, at Maggie's Farm studio in Kangaroo Valley. A cultural grant obtained through Kiama Council contributed to the production of this album.


"Point of No Return" makes light of feeling at your wits end. It is uplifting and lets that bluegrass sound make everything OK.

Other tracks by The Water Runners: The Braidwood Mail  -  perceptive Man