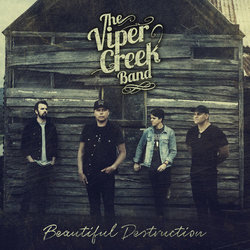 The band was formed when the musicians believed that country music in Australia was ready for an exciting new sound and began writing songs, rehearsing, playing live and building a loyal fan base.

There has been a change in line-up, but they're still one of the most talked-about bands wherever they play and are favourites at the at the Tamworth Country Music Festival, They have also played CMC Rocks Queensland, Gympie Music Muster, and Cruising Country in the US.

High energy and boundless enthusiasm are what fans have come to expect from The Viper Creek Band and they continue to deliver with their recorded material and their live shows.


Blue Jean Jacket has the singer reminiscing about small town young love that he lost as he sings about when the lost love was the girl in his 'blue jean jacket'. It also has him wondering where she is now and whether she still thinks of him in the same way.

Other tracks by The Viper Creek Band: Wrecked Everything
%