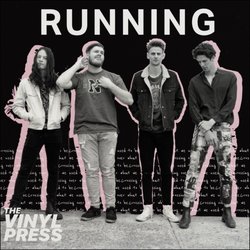 North-Western Sydney four piece, The Vinyl Press and their vintage grooves, psych sounds and indie rock oddities are releasing a new single, ‘Running’. Off the back of their debut indie rock single,’Outside’, The Vinyl Press continued crafting and perfecting their sound, playing in pubs and clubs all throughout Sydney.

They're a go-to drop for a frothy and fulfilling live experience and a compelling listen for any set of ears wanting to catch them. The Vinyl Press is a project dedicated to the concept of being young in the modern day haze, and stepping on a mates shoes in the mosh and just hugging it out anyway because it was an accident and it didn't even hurt that much.

To celebrate this, The Vinyl Press are taking their single on tour up the NSW East Coast, kicking off in Sydney on release day, hitting up Newcastle, Camden and Wollongong all through out early November, the boys are packing their bags and their set full of unreleased tracks.


a story of the rise and fall of intimacy from the view of two lovers, a high energy ode to the universal experience of connecting on a deeper level for the first time with someone close.