The View from Madeleine's Couch - Levar 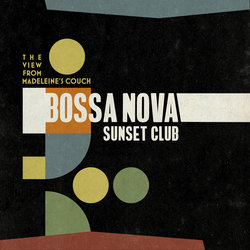 For 21 years, The View From Madeleine's Couch has been at the vanguard of Brasilian-influenced music in Australia, forging a glorious and lush sonic path through Brasilian jazz, bossa nova and samba. Bossa Nova Sunset Club is the band's third album, honouring the music that has shaped the band’s incredible and enduring career, as well featuring some of their original compositions.

Recorded with very special guest, legendary Brasilian drummer Marcio Bahia, the album showcases the gorgeous voice of Anje West, Australia's most accomplished singer of Brasilian song, and features the luxurious vibes work of the band's musical director Kym Ambrose. Combined with the superb musicianship and unparalleled experience of their bandmates Bruce Woodward (guitar), and OJ Newcomb (bass), this album is truly a work of love and commitment to playing this music with integrity and respect, whilst staying true to their own style and sound.

Festival/headlining shows and career highlights: The Woodford Folk Festival, Manly Jazz Festival, Bellingen Global Carnival, Queensland Multicultural Festival, Brisbane Festival and The Spiegeltent, along with producing and performing in seasons of Yele Brasil at the Brisbane Powerhouse and Judith Wright Centre for Contemporary Arts and supporting Olodum and Arteciopelados at the Brisbane Concert Hall.

Other tracks by The View from Madeleine's Couch: Garota de Ipanema  -  Indo
%