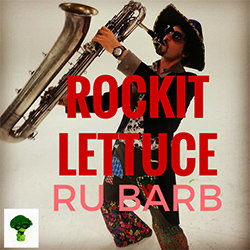 Escombe created “The Vegetable Plot” while performing Dad duties for his infant son. The live show, which featured a 13-piece band and 9 separate lead vocalists, was first performed at the 2014 Sydney Fringe, where it won the award for Best Kid’s Show. A trimmed down 5-piece version went on to perform six shows in Hyde Park for the 2015 Sydney Festival.

The new tracks feature the vocal talents of Katie Wighton, Elana Stone and Georgia Mooney, three quarters of Sydney folk quartet “All our Exes live in Texas”, who jumped to national attention recently after winning the support slot for The Backstreet Boys on their sold-out arena tour of Australia. Here, they sing under the names “Ru Barb”, “Rockit Lettuce” and “Collie Flower”.

It is the first new music to be released by The Vegetable Plot since their self-titled debut EP surfaced in August last year. The band is set to perform again at Marrickville Town Hall in September as part of this year’s Sydney Fringe.


Female vocals again on this B-side tune all about Rhubarb, rendered in a smooth and easy bluegrass feel with a nice catchy melody.

Other tracks by The Vegetable Plot: Rockit Lettuce
%