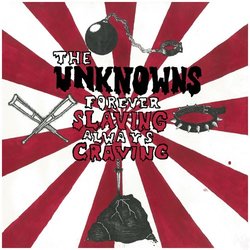 The Unknowns have also supported esteemed acts including Ed Kuepper (The Saints) for the 40th Anniversary of ‘(I’m) Stranded’, The Chats, The Cherry Dolls and Port Royal, with shows supporting Clowns and VOIID in September 2018.

Driven by their passion for timeless music expressing honest emotions, the band share their truth through their Garage Rock/Indie Rock songs. With dynamic live sets, The Unknowns perform with a freedom and vigour that gets crowds dancing along to their rhythm and groove.

Having released their latest single “Doin’ the Grind” on 1st August, with an East Coast Tour across QLD and NSW, The Unknowns are bringing more of their unfeigned self-expression in their second official EP ‘Forever Slaving Always Craving’ – due 19 October 2018.


With its lyrical simplicity, ‘Choke’ is track 2 of 4 on The Unknown’s ‘Forever Slaving Always Craving’ EP, and is a catchy tune of submission with an enticing rhythm and groove – an upbeat number contrasting the more melancholy tones of track 3 ‘From Where I Stand’ and track 4 ‘I Wonder Why’.

Other tracks by The Unknowns: Doin' The Grind  -  From Where I Stand
%