The Tracking Crew - How To Make Gravy 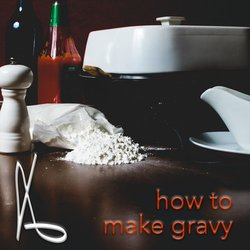 Drummer Graham “Buzz” Bidstrup was a member of The Angels, and GANGgajang and has worked with many other artists including Australian Crawl and Mondo Rock and Jimmy Little.

Glen Hannah was the CMAA musician of the year 2017 and has also worked with Don Walker, Kasey Chambers and Darren Hayes.

David Nicholas was co owner of Rhinoceros Studios in Sydney and has Produced/Engineered and or Mixes many iconic records in Australia and abroad including for Elton John, INXS, Midnight Oil, Brian Adams, Sting, Rod Stewart, George, Zed & Darren Middleton winning 3 ARIA awards along the way.


“How to make Gravy” written by Paul Kelly, is the story of a man in prison telling his brother he will miss the family at Christmas time. The Tracking Crew have reimagined the groove and featured singer Jon Abo delivers a vocal performance that captures the raw emotion of Paul Kelly’s lyrics. The song was recorded live in the studio.