The Tony Q Band - Honky Tonk Bar in the City 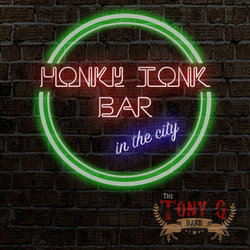 The Tony Q Band is Australia's answer to Brothers Osbourne. A band that has its roots set in country with a good dose of rock. A band that will not just have the party jumping but will leave you wanting more!

In the last year, apart from being a regular band at Johnny Ringo’s, the boys closed out the Warwick Rodeo to a packed house and joined names such as Kip Moore, Jessica Mauboy, Lee Brice, James Blundell, John Williamson and The Black Sorrows at Winton’s ‘Way Out West Festival’.

Since 2016, the band have made a massive impact on the South East Queensland country music scene and have developed a very strong following nationwide. Their debut album, "Road to Nowhere", peaked behind Keith Urban’s “Ripcord” on the iTunes Country album charts at number 2. The title track also placed 4th in the ASA awards in 2017 in the country category and they were most recently grand finalists at The Gympie Muster talent search.

At this years Tamworth Country Music Festival they were announced winners of The Coca Cola Battle of the Bands and performed to large crowds at the Tamworth Services Club.


Written about the renowned honky tonk bar in Brisbane 'Johnny Ringo's' where the band got there first big show. The song encapsulates the feeling of the venue that prides its self on the "bucking good times", live music and of course, their mechanical bull. The song hints at a little Brooks and Dunn, mixed in with some Brothers Osbourne.