The Tongue - You Got Me feat. Mataya 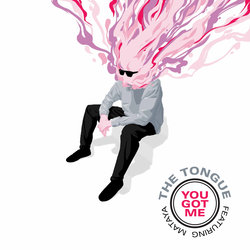 A clear talent driven by a great imagination; he has defied the heavy testosterone of the MC battles where he began and subsequently outgrew. He has toured nationally on many occasions to sell-out crowds. He has performed at The Big Day Out, Come Together, Sprung Hip Hop Festival, Peats Ridge & Sydney Festival and supported the likes of Public Enemy, Dizzie Rascal, Drapht, Mac Miller and The Herd.

The Tongue quickly connected with a national audience with radio hits ‘The Punch‘ and ‘Bad Education’, taken from his first EP of the same name.

Shock & Awe, his ambitious debut album cemented his place in the local hip hop landscape with hits such as ‘Real Thing’.

His second album, Alternative Energy saw a more progressive and mature approach. The record was feature album on both FBi and 2SER, and named Album Of The Week by Drum Media and The Brag.

His third album, Surrender To Victory is his most accomplished to date. It sees The Tongue coming into his own as artist and collaborator, articulating a positive vision beyond the confines of modern Australian hip hop.


The first offering from his forthcoming album, ‘you got me’ draws on temptation, seduction and losing yourself to the enchantment of love. With energy, momentum and a hint of urgency, the tongue spins a tale of desire and amorousness, a universal concept within a modern sounding banger.