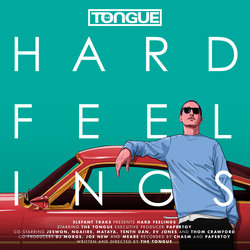 
'Proud' is a bit of a ballad, The Tongue has written this song as a dedication to his friends who have experienced hard times of late; a reminder that you should always be proud of yourself. Produced by Poncho and DJ Morgs (from Thundamentals).

Other tracks by The Tongue: Mercy ft. Jeswon  -  The Rule
%