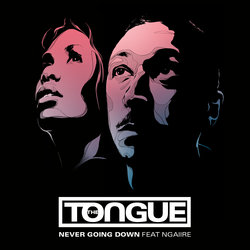 The Tongue has released 3 powerful studio albums, that have been adored by fans and critics alike. A much respected MC based in Sydney, he is a rap battle champion and a prolific artist.

The Tongue is a man on a mission; to create a classic hip hop album. In 2015 the people will decide if that moment has arrived as he delivers his most undeniable record thus far.

Hard Feelings is the combined effort of both The Tongue and rising Sydney producer Papertoy. Together they’ve crafted an album that touches on the joys and frustrations of modern life; from the pulsating club-banger “You Got Me” through to soulful jams such as “Proud” and “Setting Sun” and political anthems like “The Knock”. Tongue proves himself to be in his prime as both a lyricist and performer as he deconstructs life's complexities with wit, style and a pinch of humour.


“I’m feeling like the future...” —the opening lyric sets the scene for the slick new tune from The Tongue. An artist that is constantly growing in his creative endeavours, this song is about persistence and the strength of self-belief.