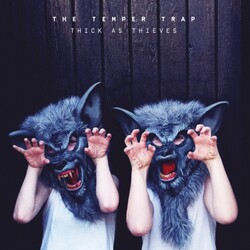 
Set to become a festival classic, ‘Fall Together’ showcases the soaring vocals and anthemic layering that first saw the band launched to international stardom in 2009 off the back of the 2 million+ selling smash hit ‘Sweet Disposition’.

Other tracks by The Temper Trap: Thick As Thieves  -  Lost
%