The Taste - The Calling 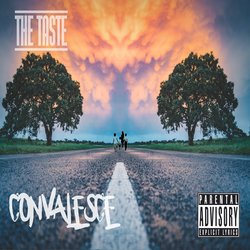 This truly dynamic, fun and fresh musical ensemble have been thrilling audiences with a buffet of influences ranging from funk, rock, soul and hip-hop for the past 3 years, rapidly building a loyal following down the East Coast and all across North Queensland with their new album 'Convalesce'.

Following on from 2015 release ‘Reflections’, this hard working group are constantly performing and honing their craft with regular shows all across their home base of North Queensland.

“This is a band that's all about big love and bigger vibes, and their newest song carries all the hallmarks of an ensemble well and truly coming into their own as accomplished young musicians worthy of your attention.” Mitch Knox from themusic.com.au

“Off the chain! They sounded epic!” The Lyrical

Having recently supported Tiki Taane, Saskwatch and Regurgitator, the band have been regulars on the festival circuit over the last few years playing alongside the likes of Bullhorn, Kalidad, Siskin River, Zennith, Jeff Lang, Tijuana Cartel, Leanne Tennant, King Social and many more.

Combing groovy rhythms with soulful hooks, the Tropical Hip Hop pioneers from Far North Queensland put on a high energy performance that'll have you craving your next taste in no time!


'The Taste' deliver the emotionally charged 'The Calling' with a Spanish inspired intro , counter solos and multiple voclaists to deliver the truthful story of addiction and struggle. The 6 minute epic builds into an ultimate climax touching on modern day issues including the current ice epidemic.

Other tracks by The Taste: Sunday Funk  -  Take Over
%