The Sunday Estate - Give Me (Something) 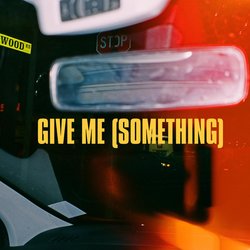 When Sven (Drums) and Conor (Vox/Guitar) first met in late 2017 they joked about starting a band. As Sven continued to smash out Green Day covers they slowly realised this joke could become a reality. Shortly after recruiting Tom (guitars) they set off on their first rehearsal. It is safe to say they have come a very long long way since then, even as far as recruiting an old friend Finn (bass) via Instagram Story, finally Dave who is the most talented and plays just about any instrument was recruited as their do it all guy after they realised they wrote way too many parts to play live themselves.


This is the fourth song we are releasing and probably our most minimal. We tried to make sure all the elements in it and performances were as strong as possible. Conor's lyrics are a really great take on being in a relationship and how no matter how much you fight with someone you can never want to let them go.