The Streamliners - You didn't have to leave - Internet Download 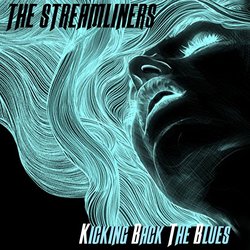 The Streamliners have been hailed as one of the best kept secrets and premier Roots & Blues bands in South Australia. Consisting of some of the best local musicians in their field, they've won numerous awards over the years since first coming together in 1989 and have backed/supported many international artists such as Buddy Guy, Junior Wells, The Holmes Brothers, Big Jay McNeely, Carey Bell, Joe Louis Walker, Robert Cray, Charlie Musselwhite, Taj Mahal, Fabulous T-Birds & Dave Hole to name a few. Their premiere was a 2-night double-bill with the Dutch Tilders Band, with whom they formed a strong bond and were consequently picked up by Blues Club Records to release a local EP/compilation called "Deep South SA Rhythm & Blues". This earned them "Best new R&B band" at the Lithgow Blues Festival, with "Hummingbird" runner-up as Best New Song receiving national airplay. Six albums later, they remain a "must see" live act, with fiery performances that take their studio material to another level.


Tongue-in-cheek notes on the ever-continuing battle of the sexes; all set against a J.J. Cale-style groove of course.

Other tracks by The Streamliners: Can't Explain  -  Kicking back the blues
%